CAHS works to strengthen Connecticut’s children, families and communities by improving public policies and helping the working poor create their own pathway to financial success. 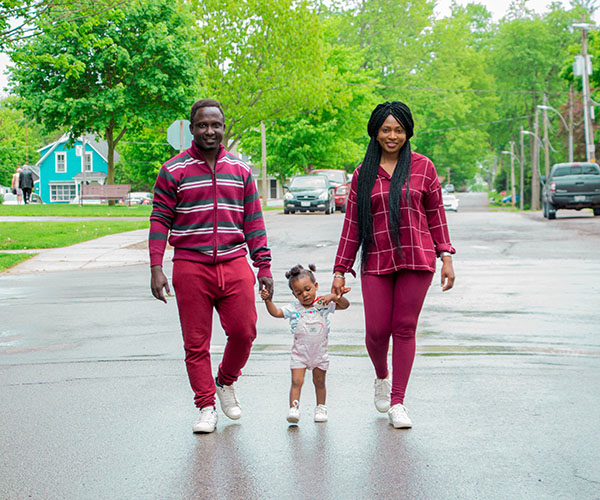 In order for families to move on a path toward economic security, they must have access to basic needs like food, housing, child care, and health care. Work supports such as the federal and a state Earned Income Tax Credit greatly increases the ability of low-wage workers to provide for their family. Affordable, quality early care and education puts children on the path to be ready to learn when entering school and ready to succeed in the workforce. Financial education gives parents the tools to budget, plan, and build assets. Access to affordable workforce training and skills development enables lower-wage parents to move up the career ladder, increase their income and save for the future. Finally, an equitable, transparent, and sustainable tax policy will ensure that Connecticut has strong families, vibrant workforce, and a thriving economy.

All of these policies and practices, when put together, build a strong foundation for Connecticut’s children and families. CAHS advocates for policy change on many of these fronts. The Family Economic Success Coalition (FES), funded by the Annie E. Casey Foundation, strives to create this kind of opportunity in the state.

CAHS informs, convenes and mobilizes the FES Coalition, a coalition of direct providers, advocates, and individuals committed to help families move out of poverty to economic security. We provide timely and relevant email informational updates about the state budget, policy issues, and action alerts.

CAHS was delighted to be present when Governor Dannel P. Malloy signed Connecticut’s Earned Income Tax Credit into law in August 2011, and has advocated to its restoration after it was reduced in 2012.

CAHS spearheaded a campaign to enact a State EITC during the 2006, 2007, and 2008 Legislative Sessions and worked tirelessly for its passage. The EITC is a critical support for families earning $50,000 and less. It will leave thousands of Connecticut families out of poverty and help them build assets and build a secure economic future.

Connecticut became the first state in the nation to offer paid sick leave in 2011. CAHS had partnered with other advocates to work for this important support for working families.

Connecticut created a task force to study the implementation of paid family medical leave in the state, due to report for the 2014. CAHS was part of a coalition advocating for the creation of the task force, and is partnering with other advocates in support of this program.